I have been performing all kinds of music since I was thirteen years old.  Growing up in upstate New York during the 50's and 60's, I was able to experience what I consider to be the golden age of modem music.  So many styles began in that era, rock-n-roll, country, Motown, soul, gospel, etc. But, it was the Beatles that began it all for me. Their music inspired me to learn how to play the guitar. And, it grew and grew from there. I added more instruments to my repertoire and began playing with friends, neighbors, in church, wherever and whenever I could.

​1976 was the year I moved to Florida. It was then I decided to embark upon the ultimate musician's adventure and join a band. For 12 years I played in several bands, traveled all over our country, opened up for some big names, began some serious songwriting, and launched a first album, "Shame On You,"  during the mid-eighties. The goal was to have Five Card Stud be the most well-known band in the southeast. I can say with absolute confidence that it was. We worked steadily, in great demand throughout  Florida especially, opening for musical greats such as Tanya Tucker, the Bellamy Brothers, Mel Tillis, John Connolly, and more. It was an exciting time for us, but, like so many others, we never got the big break our fans strongly felt we deserved. Had it not been for them and support from my family and friends, those 12 years may not have been so fantastic and memorable. Praise God that many of them still believe in me today!

​Perhaps my "big" musical break did not happen, but the best was yet to come for me. I wanted a family of my own. So, in 1988, I retired from the full time adventures of the "band business" to settle down and raise my children. It was the best decision of my life.

My children, Gabriel, Dallas, and Morgan, are all grown up now. At this time of my life my passion for music has been revitalized and re-ignited for the Lord. My need and spirit for writing has developed seriously and I am ready to take that as far as the Lord will allow. That journey has, thus far, been short, but very prolific!  Prior to 1988 I had only written about 35 songs. Since 2011, I have written approximately 140 additional songs, and the words and music keep coming, in many different genres. You will hear Rock 'n' Roll, Blues, Praise, Soul, Country, and more.

While I still find pleasure in performing, my most fervent desire now is to write! I want musicians and artists to use my songs as a tool to reach their audiences. I want my words and music to be messages of comfort and strength for those in need. When people express how emotionally affected they are after listening to one of my compositions, I know I have touched someone. That's what I want. That's what I'm after. That's what I'm about. If my Lord uses my songs to reach people and change lives then I am doing the job He's given me.

​I'd like say a special thank you to friends whose talents you will hear in the background of some of my songs. I appreciate all of their time and efforts in helping me reach for my dream. A special shout out goes to a dear friend and musician, Roy Powers, whom I played with in Five Card Stud many years ago. We now perform together in a classic country duo known as the Crawdads and my Christian band, Sound Investment. He is a songwriter of note himself and also performs with his blues band, Last Exit Blues. It is his awesome keyboard talent you'll hear on my recordings. Friend, Beth Courtney, has also been a great help to me, singing and editing my lyrics as necessary. Though no longer with us here on earth, "H" McGraw keeps the beat with his styling sticks on many of my songs.  Todd Forshino has also lent me his velvety vocals for the band. Finally, Clint Braswell gets a very special thank you. Not only does he give his string and vocal talents to my songs and Sound Investment, he takes the time to professionally record, edit, format and coordinate any type of studio procedure such as mastering of the song tracks. Again, thank you to the many special friends, family, and folks who have given their time, guidance, feedback, and support!  There are just too many of you to list! But you know who you are!

A special love and thanks to my sisters and brother who are always big fans and to my children who always pushed and supported me to do what I love.

First and foremost, I give all of my praise, talents and energy to the glory of my Lord.

Thanks again for your support, 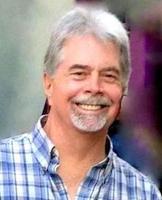 Let me start by saying thank you for your interest in Lipinski Lyrics! Writing music is my passion, my goal, and my mission. That passion is what drives me to utilize the gifts our Lord has given to me. All that I do and create is for Him.